On September 17 September 1944 and the days following the 17th, the U.S. 101st Airborne Division landed near Son by parachute and glider as part of Operation Market Garden. The following days the 101st Airborne Division and British XXX Corps and support units had some bitter fighting. During these fights against German units many young American and British soldiers lost their life. The wounded American casualties were mainly transported the the Sanatorium in Son or the nunnery in Veghel. For those who paid the ultimate price, they were brought to the newly created U.S. war cemetery in the fields on the northern side of Son, near the farm called ‘Waterhoef’.

Graves registration personnel of the 101st Airborne Division already established a cemetery site and had about twenty deceased american soldiers ready for processing and burial. From the 605th Graves Registration Quartermaster company a detachment of company headquarters and first platoon were sent towards Son, leaving from Burg-Leopold (Leopoldsburg, Belgium). They were attached to the 101st Airborne Division and would arrive around 15.15 hours at the burial site. The burial site selected by the Graves registration personnel of the 101st Airborne Division wasn't a perfect one because of the four feet water level.  A better location was selected by second lieutenant William F. Cocklin, commanding officer of the first platoon, 605th Graves Registration Quartermaster company. The cemetery was opened on September 19 1944, officially named: ‘Zon cemeteries 1 & 2’*. Cemetery 1 was the allied part and cemetery 2 the german part of the cemetery.

The bodies of the deceased were brought to the newly selected location east from the farm called "Waterhoef" on September 19. On September 20 ‘Zon cemetery 1’ and ‘Zon cemetery 2’ were fully operational.  About 50 to 100 German prisoners of war (POW’s) were daily brought in from the assembly area at the soccer field in Son by troops of the 101st Airborne Division and glider pilots from IX Troop Carrier Command to work on the cemetery. German POW’s under guard of the Americans were marched along the main highway from Son to St. Oedenrode and then up the dirt track with shovels and other working tools in their hands in the direction of the Waterhoef farm. The dirt track would be the main entrance to the cemetery from September 19 1944 until the cemetery was closed in 1948.

* = On the map the Americans used the town Son was spelled as Zon. The Americans used a reprint of the 1939 Michelin road maps which were converted to military maps. On their maps the town Son, was written as Zon, but that is wrong. We do not know when or where this error occured, but the town has always been named Son.

On September 20 about 80 deceased servicemen were buried on the cemetery and the first full military service was held around 17.00 hours which was attended by General Maxwell Taylor of the 101st Airborne Division and members of his staff. Morgues, processing tents and an office were set up on the cemetery grounds and work was organized that identification processing and withdrawal of personal effect were accomplished in a few minutes. Full military services were held daily at 17.00 hours officiated over by chaplains of the 101st Airborne Division and frequently the services were attended by high ranking officers and enlisted men of the units. The total number of burials at the cemetery is:  411 American, 46 British, 1 Canadian and about 220 German soldiers/servicemen. The cemetery was properly aligned in accordance with directives on cemetery operations. The cemetery was kept scrupulously clean and presentable at all times. On October 5 1944 the U.S. section of the cemetery was closed for further burials and was turned over to a Dutch guard unit until properly relieved by U.S. army graves officials. Most graves of allied servicemen on the cemetery were adopted by civilians of Son or other neighboring towns. Many of the people who adopted a soldier’s grave started correspondance with the family in the United States or the United Kingdom.

Around 1948 the U.S. government started with a program to return the deceased to the United States of America or to rebury their beloved ones on the U.S. cemetery in Margraten in the southern part of The Netherlands. About 60% of the U.S. servicemen were repatriated. In 1949 the grounds where the cemetery had been was given back to the former owner and till this day it’s still in use as farmland. Untill 2006 nothing remembered this remarkable place, but in December 2006 there was a stone marker unveiled on the crossing of former ‘Hell’s Highway’, the main road between Son and St. Oedenrode and the road that led to the US Cemetery Son. 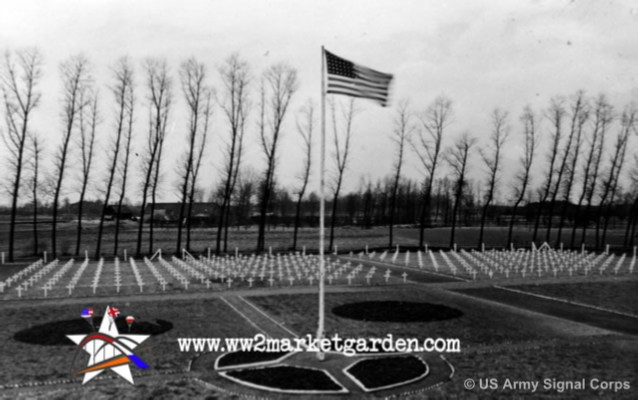 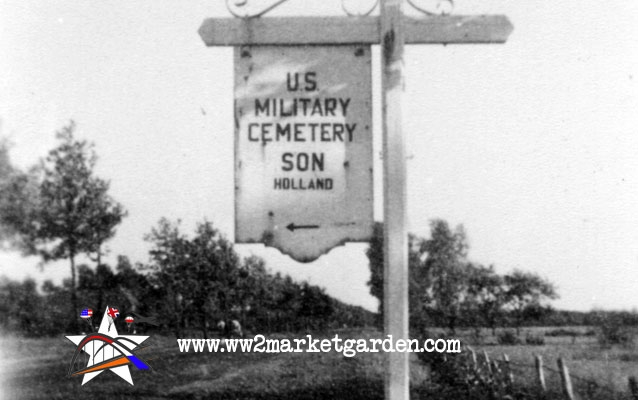 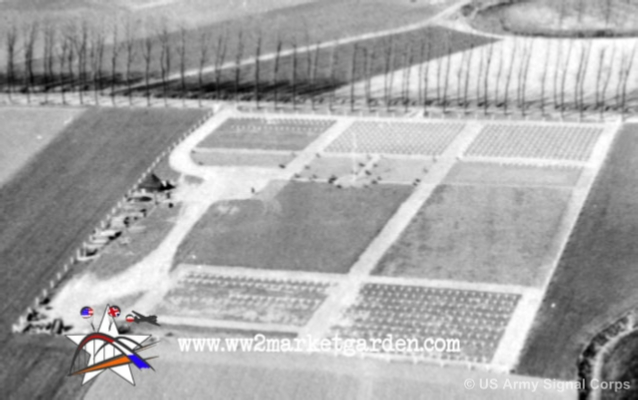 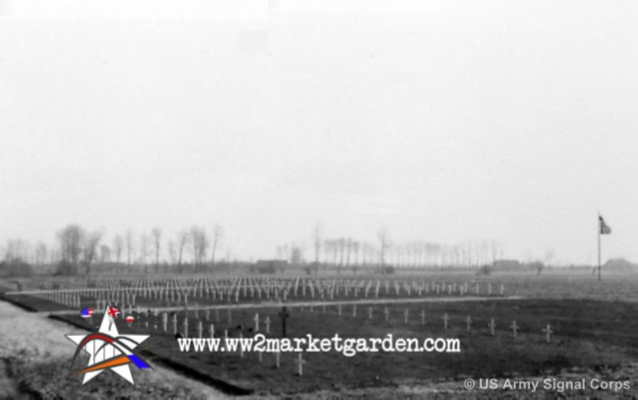 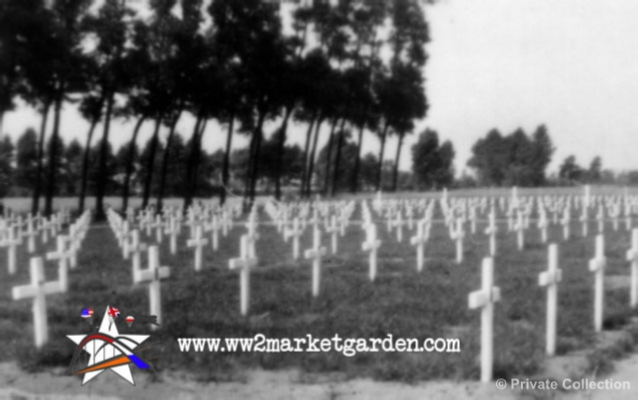 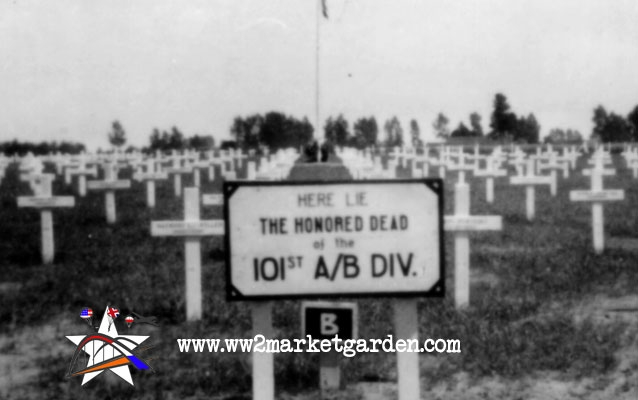 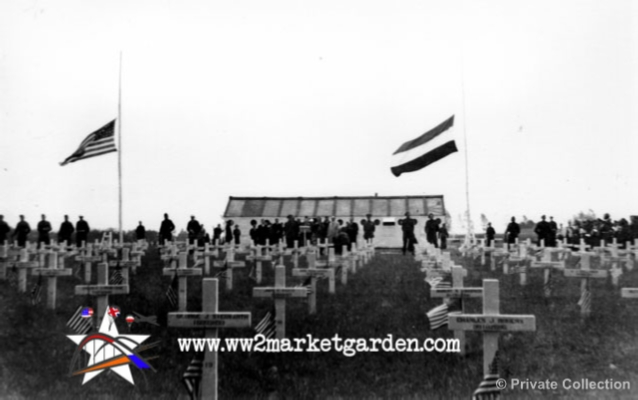 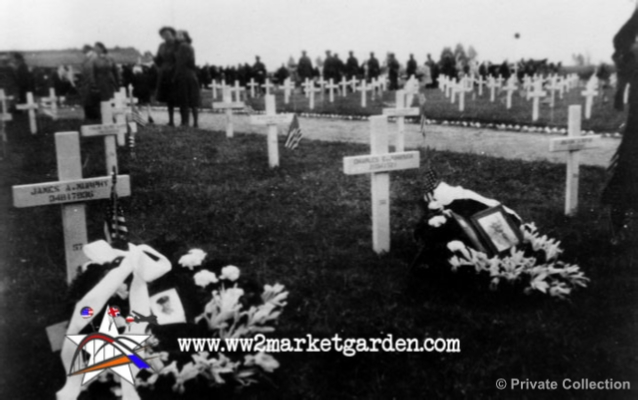 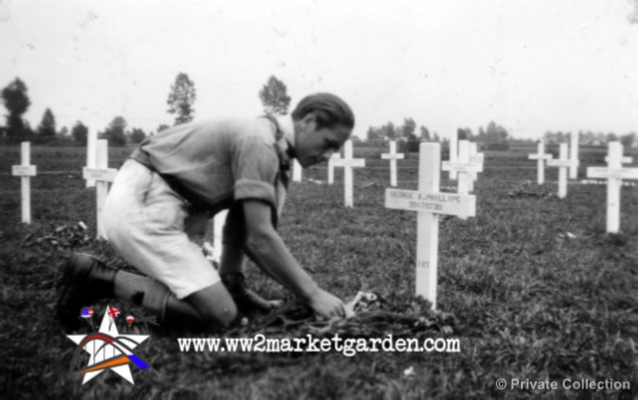 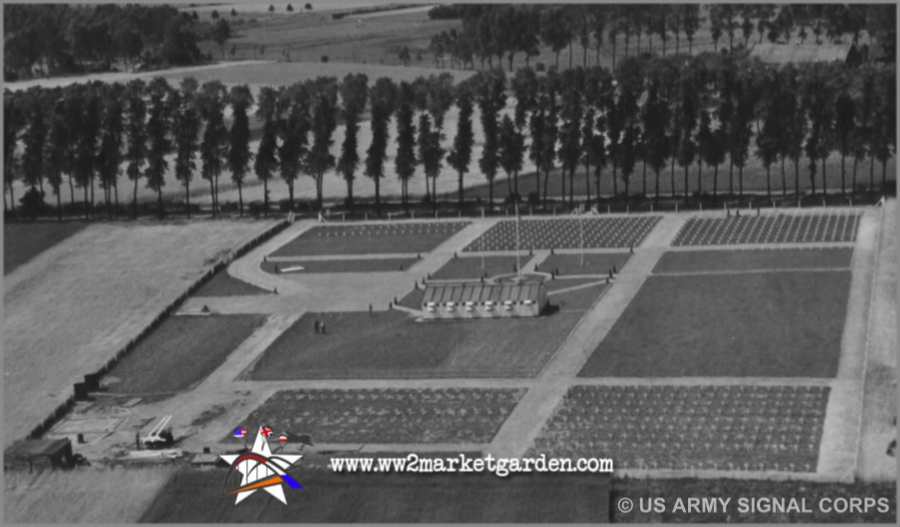 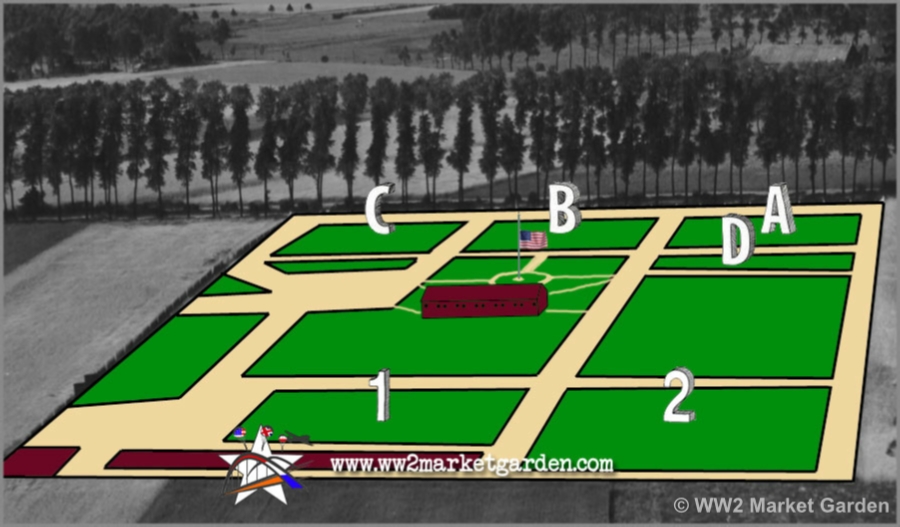