Since the allied forces landed on the beaches of Normandy, many missions for the allied airborne troops had been organised and cancelled. On 17 September the 89 Field Security Section (89 FSS) under command of Captain John Killick would finally be flown into battle. Captain John Killick was appointed as commander of the 89 FSS in early 1944 and had been waiting for a mission like Operation Market Garden. This operation would become the captain's baptism of fire. The 89 FSS left from an airfield in Fairford in England, from where some men would parachute into action, while others rode a glider into battle. The unit was devided into smaller sections and attached to HQ units of the 1st Airborne Division. Some men jumped on dropzone S at Wolfheze and others were designated to landingzone Z close to Heelsum. 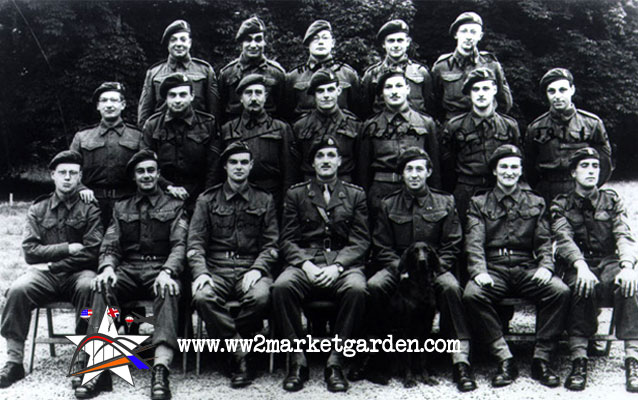 The 89 FSS is a fairly small unit which consisted of 19 men: a Field Security Officer (FSO) with the rank of Captain, a Company Sergeant Major (CSM), 4 Sergeants, 12 Corporals and a Lance-Corporal Batman. Reports tell us that from the 19 men only 16 entered combat during Operation Market Garden. The goal of the unit was to provide military security, carry out espionage and counter espionage activities and gather intelligence. Some men in the 89 FSS were veterans who had participated in actions with the unit in North-Africa and Italy. Upon arrival in the Wolfheze/Heelsum and Oosterbeek area, the men from the security section started gathering intelligence. The interrogated prisoners of war, search for important documents and maps and question civilians.
Captain Killick and four of his men were able to join  troops of the 2nd Parachute Battalion in their advance towards the bridge. The 2nd Parachute Battalion with a detachment of the 89 FSS started moving east from Oosterbeek towards the bridge at Arnhem via the 'Lion route'.

Following the route they soon arrived in the suburbs of Arnhem where they got into firefights with the enemy. Sergeant Robert Pinguet and Corporal Arthur Maybury fought together towards the bridge, moving from door to door and from street to street. Sergeant Pinguet heard a German motorcycle closing in towards them. When Sergeant Pinguet jumped in front of the bike, his Sten gun strap got entangled giving the German motorcyclist a chance to shoot him at point blank range. Sergeant Pinguet was able to crawl towards a house where he was picked up by a civilian and after a couple of stops, ended up in the Saint Elisabeth hospital in Arnhem, where he was captured by German troops on two days later. His wounds were treated by German doctors at the Queen Wilhelmina barracks at Apeldoorn from where he was transferred to a prisoner of war camp.

During the fight with the motorcyclist Corporal Maybury lost Pinguet out of sight and he continued towards the bridge alone. It is believed that while he crossed a square (Eusebius plein) close to the bridge he was wounded by enemy fire. Civilians brought Corporal Maybury to a school building close to the river (probably the 'Huishoudschool') where he was treated by Doctor Zwolle. Doctor Zwolle checked Maybury's pockets and found an 'arrest list' full of names of Dutch nazis living in the Arnhem area. He took the list from Maybury's body out of fear the Germans would find the list and shoot the wounded Corporal. Corporal Maybury died of his wounds later that day. The men of the 89 FSS lost their first 'brothers in arms' en route to the bridge.
As a sad note to this story: the next day Doctor Zwolle was searched by German soldiers who found the blacklist in the doctor's pocket. The Germans shot Doctor Zwolle and four other civilians on the spot.

On the first day at the bridge at Arnhem, the remaining men of the 89 FSS fought as regular infantry troops at the northern end of the bridge. The next day, Monday 18 September, Captain Killick led an eight men patrol west of the Arnhem bridge to find the two missing men of the security section and to see if the other battalions of the 1st Parachute Brigade (the 1st and 3rd Parachute Battalion) were gaining ground towards the bridge. While leading the patrol through the streets surrounding the bridge approach Captain Killick, his men and the men from B company 6th platoon were immortalised on a famous series of photographs taken by Sem Presser, a Jewish photographer from Amsterdam who was in hiding in Arnhem, together with his wife Ruth Paula. 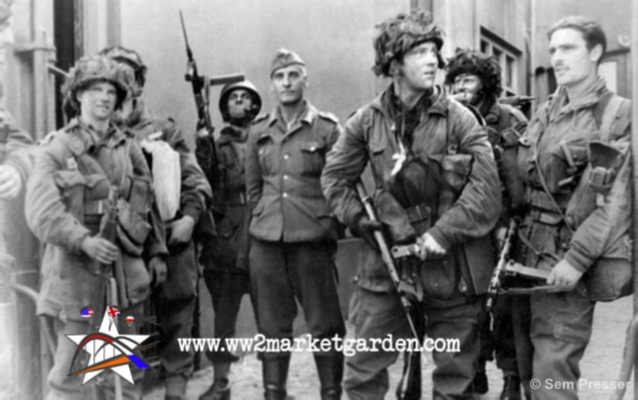 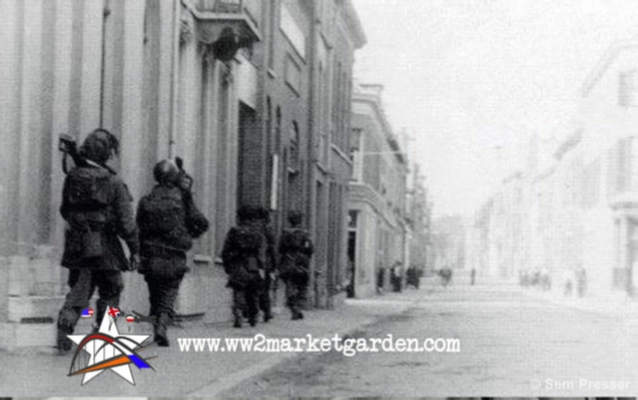 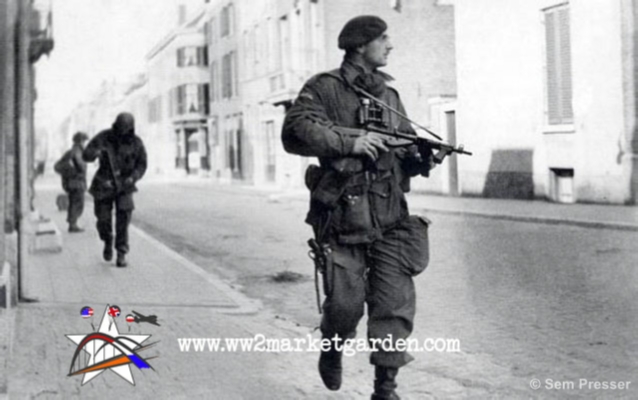 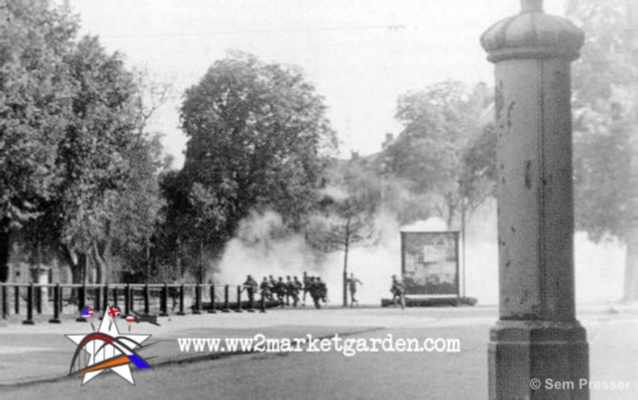 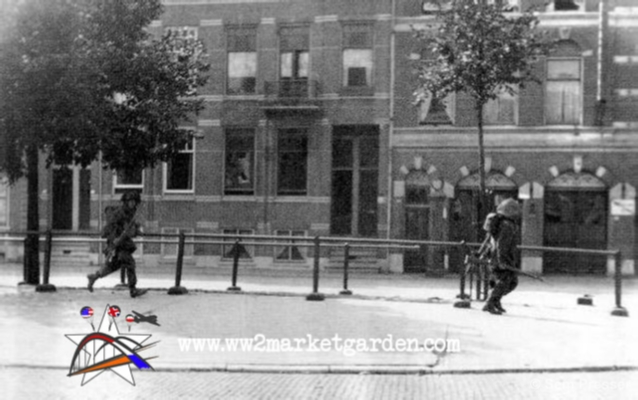 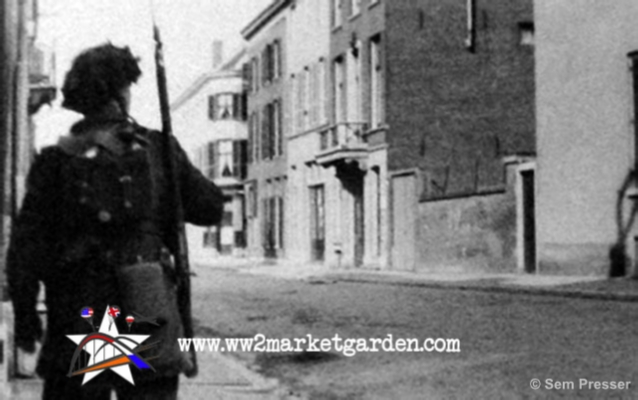 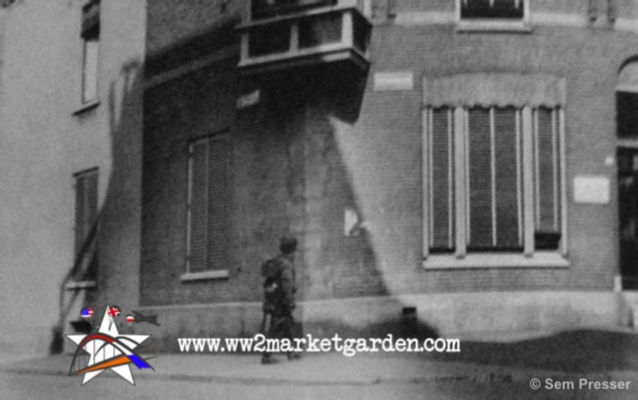 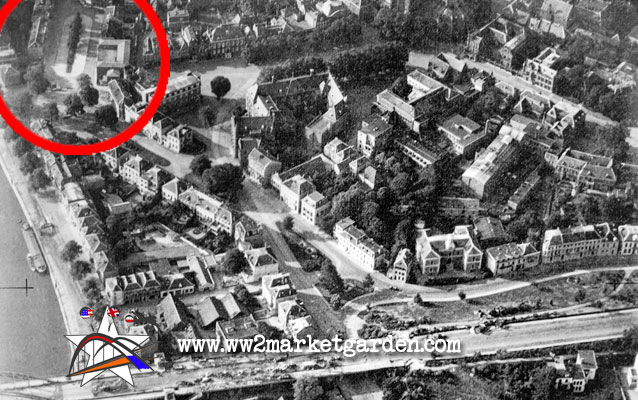 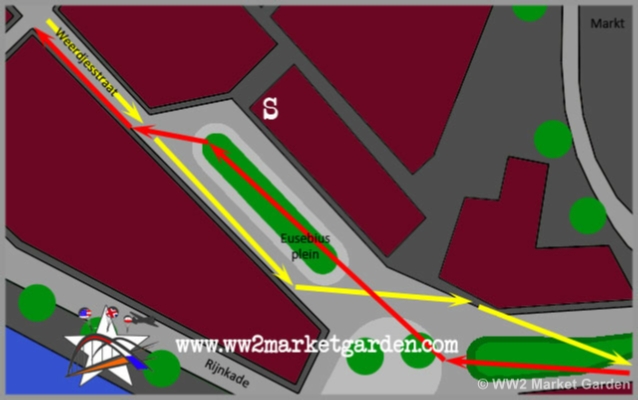 The patrol was able to pick up stragglers from the 2nd Parachute Battalion who lost their way to the bridge during the fights with German troops the previous day. The patrol gained strenght and walked further west, but weren't able to pick up any sounds of fighting in the western suburbs of Arnhem. With the risk of being cut of from the British troops at the bridge, Captain Killick decided to return to the bridge and rejoin the defensive perimeter. During the patrol the men of the 89 FSS picked up a German prisoner of war and brought him with them to the British positions at the bridge.

The battle at the bridge progressed and the unit gave up its tasks and fought on as regular infantry. In the final stages defending the southern approach to the bridge Sergeant Chambers of the 89 FSS was one of the men who was remembered by many. He directed artillery fire together with Captain Killick on German positions, exposing his body in full view of the enemy, directing the fire very effectively. The men were quite surprised to see him walk away from the battle alive, after putting himself in so many dangerous positions. It seemed as if he had an endless supply of lives.

In the morning of 21 September the British troops at the bridge gave up their positions and surrendered. The Germans were now in full command of the bridge and the surrounding streets. The remaining 89 FSS men were taken prisoner and are evacuated with wounds.  During the assembly of the prisoners one man - Corporal Phillip Scarr - tried to evade capture by swimming the river Rhine, but he died of exhaustion. One man was able to escape German captivity at an early stage; Corporal David Zucker. He was the only person in the section who left the battlefield unscatched. The rest of the 89 FSS, including Captain Killick, were captured and brought to a prisoner of war camp in Germany. Sergeant Chambers was able to escape from the camp and ended up in the hands of Russian troops who were able to repatriate him back to England at the end of the war.

Photo: Sem Presser, a Jewish photographer who was in hiding in Arnhem, took this shot of two men from Killick’s patrol crossing the Eusebius plein (Eusebius square). They are walking towards the Weerdjesstraat.

Photo: The patrol continues its route into the Weerdjesstraat.

Photo: The members of the patrol are casually walking through the Weerdjesstraat. Dutch citizens are still visible in the streets and looking at the way the men of the patrol carry their guns, it seems to be relatively safe. The next day, this street would be far too dangerous to cross.

Photo: At the end of the Weerdjesstraat the patrol stops. They captured a German soldier at the crossroads (Weerdjesstraat - Rodenburgstraat) and show their prize to the cameraman. The 2nd man from the left is recognized as Private Bernard Salt from B company 6th platoon. The 3rd man from the left, looking towards the crossroads, is recognized as Sergeant Larry Ansell of the same unit.

Photo: This is most  probably one of the most iconic shots of the 1st Airborne Division at Arnhem an is used in various books about the battle. Captain Killick leading the patrol, proudly wearing his maroon beret during patrols.

Photo: On the corner of the Weerdjesstraat and Eusebius plein, this shot was taken by Sem Presser. The soldier is identified as Sergeant Larry Ansell. It seems like he is reading some kind of document/flyer on the wall.

Photo: The patrol, which grew in size, retreats under cover of smoke coming from one of their own smoke grenades. The Germans are closeby and the patrol is in danger of being cut off from their own troops. They return to friendly lines. The 2nd man from the right is most probably the German prisoner.

Photo: A small overview map of the Eusebius plein area, showing the route of Captain Killick’s patrol. The house marked with the letter S is the house where Sem Presser stayed in the morning of September 18.

Photo: One of the famous aerial shots of the Arnhem roadbridge shows us the area that was patrolled by Captain Killick (red circle).